AEP imagines a world where fears are replaced with empathy, ignorance is replaced with knowledge, and the human community is flourishing. 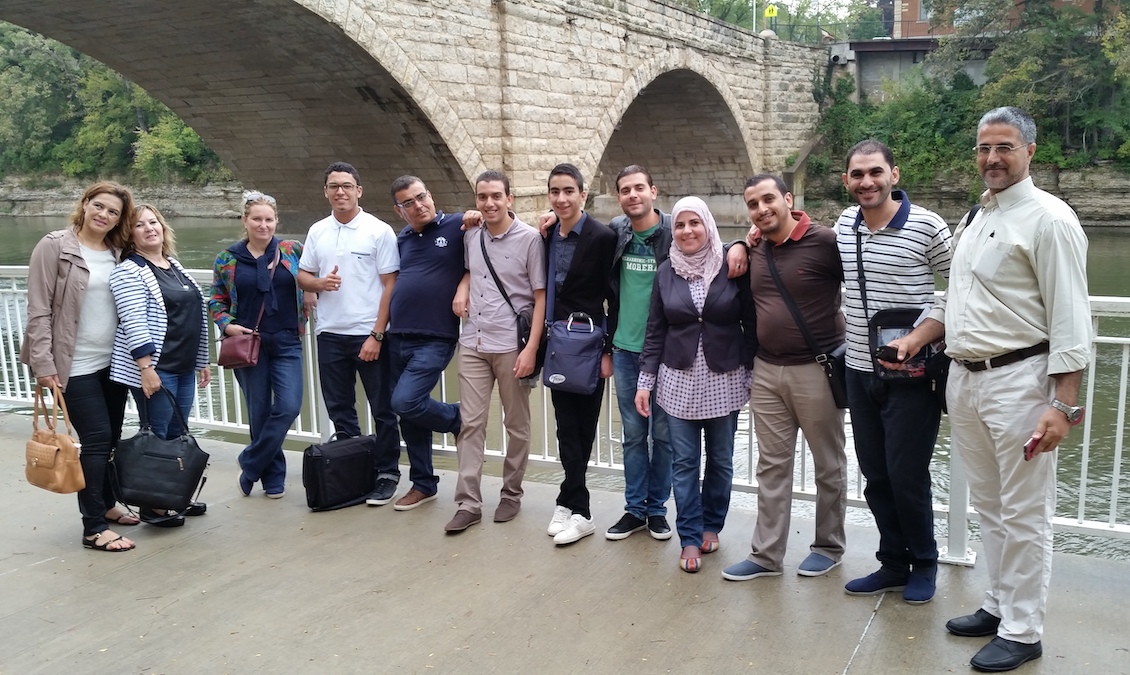 The Abdelkader Education Project (AEP) was inspired by its namesake, Emir Abd el Kader. AEP began in 2009 as an organization committed to cultural literacy, civility and respectful engagement between all people through education and outreach drawing on Emir Abdelkader’s life story and value that transcend culture and faith traditions.

Today, AEP is a global network of individuals and organizations. We develop educational resources and opportunities for engagement that focus on the life and values of the Emir as a model to mitigate fear, bigotry, and tribalism in classrooms, on battlefields, and in everyday life.

Differences in cultures, religions, nationalities, and ethnicity fuel dangerous and often bloody conflicts throughout the world.

AEP believes these conflicts are based on ignorance and can be mitigated or even resolved by overcoming ignorance with education.

Our network of educators, speakers, writers, donors, and activists collaborate to create education resources that we share with diverse audiences in order to replace harmful stereotypes about people and cultures with informed dialogue and knowledge.

In the Missouri Territory of the United States, in 1846, Timothy Davis, a lawyer in Dubuque named a new settlement on the Turkey River, Elkader, in honor of the Emir. Thanks to accounts in the British press, we know that Davis admired the Abdelkader as a chivalrous “Arab Chieftain” who fought French colonial occupation for fourteen years. Inspired by the Emir’s story, Kathy Garms and John Kiser founded AEP in 2009 to provide a memorable role model for today.

What are the Project's Goals?

Who Can Benefit from The Abdelkader Story?

What is Abdelkader’s Connection to Iowa?

In the 1830s, a young lawyer from Utica New York named Timothy Davis went West to make his fortune and settled in Dubuque, Iowa. He made a reputation defending local loggers from U.S. government prosecutors. He was a man of strong character—educated, interested in the outside world, versatile, capable and possessing a good character.

Abdelkader’s values and personal character resonated with Davis. As an American conscious of his own country’s recent experience with British imperialism, he seems to have empathized with the principled Arab underdog struggling against the French Goliath.

In 1846, Davis and two partners acquired land along the Turkey River to build a flourmill and a new community. Davis was asked to name it. He chose to name in honor of the famous “Arab chieftain,” who had been frustrating a French colonial occupation of North Africa for 15 years. Being practical, he shortened the name to make it pronounceable for American tongues.

Americans like Davis who were interested in international news subscribed to the popular Littells Living Age, a British digest that reported frequently and sympathetically on the heroic Emir’s struggle and the frustration of the French generals.

In naming the new settlement Elkader, Davis showed his awareness of an exemplary civic ethos drawn from the Arab world.

To serve as an example for Muslims. As a pious and deeply conservative Muslim, his life of “true jihad” can inspire Muslims in the US and around the world to think differently about the meaning of jihad.

To serve as an example for non-Muslims. His exemplary life of moral courage, compassion, self-restraint, intellectual accomplishment (or, bandwidth, as Bill Gates would say) and chivalry in war can inspire all people, regardless of nationality or belief. His enemies became his greatest admirers.

Abdelkader’s life can provide a true narrative of Islamic ethics in war and peace to be held up against Islamophobia. He represents the little heard good news about Islam.

Why is Abdelkader Relevant Today?

Abdelkader’s name translates as “Servant of God.” Throughout his life, he tried to live according to the prescriptions of Divine Law. His Koranically guided life (which incorporates the revealed word of both the Gospels and the Torah) provides a narrative of Islamic ethics in war and peace that confounds today’s stereotypes.

Abdelkader was “local” yet “universal” at the same time. He was deeply and authentically Muslim, yet his religion was not a safety belt holding his identity together, rather a platform for probing the meaning of God’s diverse creation.

Abdelkader exemplifies the kind of Muslim with whom the US should be engaging today—conservative, committed to his faith, not perceived as “Westernized,” respected for his religious authority, intellect and courage.

Abdelkader was a unifier not a divider. For him, no religion owns Ultimate Truth. The finite cannot grasp the infinite. Nor is there a conflict between politics, religion and knowledge. They should all work to serve the end of glorifying God.

Politics should be governed by the desire to lead people to live in harmony with one another.

Religion provides a common moral base of shared values and recognition of a common origin.

Knowledge will ultimately lead us to grasp the basic unity of mankind.

Abdelkader was a devout “seeker of wisdom” for life. If character is destiny, then understanding how the emir’s character was molded is definitely worth exploring – as a stimulus to thinking about the way we are educated today.

Emir Abdelkader’s was a classic mind, body and spirit type of education, but practiced with a rigor and seriousness of purpose that is rare today – more akin to a cross between Marine Corps, Trappist monk and classical madrassa education.

What Has AEP Accomplished since 2008?