Finding Inspiration In Our Differences… 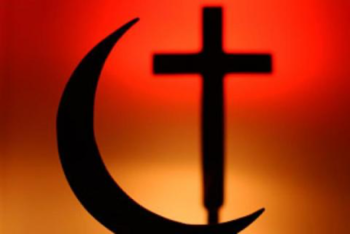 The year 2020 brought us a global pandemic. Social distancing has created fear and isolation among many people for many months. I’ve found hope in John Kiser’s transformational book The Monks of Tibhirine, an inspiring true story that was retold in the 2010 film Of Gods and Men. Kiser describes the struggle and perseverance of nine French Trappist monks living in a monastery in the Atlas Mountains during the 1990s Algerian civil war. Emir Abdelkader, a 19th-century Algerian Muslim Sufi who saved thousands of Christian lives in Syria, helped inspire the Catholic monks to devote themselves to Algeria and God. Both physically and spiritually, the monks lived in Abdelkader’s shadow. Many people tend to focus only on the history of violence between Christians and Muslims, but The Monks of Tibhirine debunks this crude narrative and highlights a compelling story of religious dialogue, compassion, and fortitude.

Christian de Chergé was born on January 18, 1937 to a French aristocratic family with a long military history. In the late 1950s, he was drafted to serve as a young officer in Algeria during the Algerian war of independence. But Christian’s dream was to become a priest in Algeria. He felt a spiritual calling to serve in a parish that was both poor and fraternal, living among Algerians who struggled for their daily bread. In 1971, Christian returned to the country he had left as a soldier ten years earlier. In 1984, he was elected the prior of Notre Dame de l’Atlas in Tibhirine, a quiet corner of Algeria. Despite living a humble life of prayer, study, and manual labor, Christian de Chergé was a radical. He made it his mission to seek God with Muslims through acts of goodwill. Like Abdelkader, he was a unifier, not a divider, who actively promoted justice and reconciliation.

In the early 1990s, fighting between the Armed Islamic Group (GIA) and Algeria’s secular military regime crept closer to the monastery. On December 15, 1993, 15 Croats were murdered by GIA combatants near Médéa, Algeria, confirming the monks’ fears that, because of their status as foreigners, they would likely be targeted as well. Ten days later, on Christmas Eve night, a local GIA leader named Sayah Attia and his men entered the monastery demanding money and medical supplies. Christian knew how to be firm with aggressors without being aggressive himself. He rejected Attia’s demands for resources that the monastery lacked. Later, Christian wrote a letter to Attia: “We are conscious of having received much from Algeria and this Islam which stimulates believers to compete in good works until the day we see God. If one day the Algerians decide we are a burden, we will, with much sadness, respect their wish and leave. I know we will continue to love them all, including you” (Kiser, 153).

In the months that followed, Christian maintained the monastery’s neutrality, siding with neither side to the violence. He refused police protection, barred weapons from the monastery, and referred to the two sides as “brothers of the mountain” and “brothers of the plain” (the GIA and the Algerian army, respectively). Christian grieved at news that the bodies of terrorists had been dragged through the streets of Médéa. He knew from his time in the military that such abuses only fuel more killing. Without a belief of the good in all God’s creatures, people lose their humanity. The “enemy” becomes just a label—Arab, European, Muslim, Christian, terrorist, racist—which is easier to kill.

In some other world and time, Brother Christian and Emir Abdelkader would have been close friends. They understood the importance of service to one’s country but found even greater strength from their service to God. Christian de Chergé believed the contemplative life meant “constantly pushing out frontiers, redefining and questioning, being willing to depart, like Abraham, for new lands” (Kiser, 275). Abdelkader called this same spirit of open-mindedness “a continual moving of the mind’s eye” to different ideas and concepts to uncover the deeper truths. This holiday season, I hope we can all reflect on what it truly means to be a Christian or a Muslim and, like Abdelkader and Christian, find inspiration in our differences. 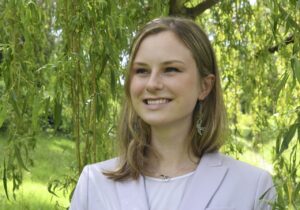 The author is a recent gradauate of Wellsley College and was a 2020 Winner of the Abdelkader Education Project Essay contest. She lives with her family in Seattle, WA.