The story of Emir Abdelkader is one of courage, humility, and justice. One of the greatest examples of justice seen in his lifetime is during the Emir’s time in Damascus, Syria in the late 1800s. During this time, the Christians of Damascus were being violently persecuted by the Druze of the region. They were driven from their homes, and slaughtered at the hands of the Druze mob violence. Instead of standing idly by, Emir Abdelkader opened his home to the victims of these atrocities, helping more than 4,000 Christians escape. He used his own army of Algerian soldiers to protect the Christians, even saying, “These Christians are my guests. Try to take one of them, and you’ll learn how well my soldiers fight. We will fight for a just cause, just as we did before!” Regardless of their differences in faith, Abdelkader did whatever it took to fight for the just treatment of others, and to end oppression whenever he witnessed it.

When we learn stories like these from history, we must draw lessons from them and apply them to our own lives. With this example, we see the importance of justly treating everyone, and fighting for the rights of others, regardless of differences in race or beliefs. This is incredibly important today, as our world is full of injustices being committed against innocent people. There are many examples of this in recent history, people displaced from their homes and forced to seek refuge in other countries, sometimes in places that are less than welcoming to refugees. We see this in the recent aftermath of hurricane Dorian. The hurricane ravaged the Bahamas, leaving thousands without a home, fleeing to other countries for help. Many of those people have been left homeless and with very little aid to rebuild their communities. Now, it is up to us to help them, and to take what we’ve learned from Emir Abdelkader’s story and apply them. We can donate money and volunteer time to support agencies and charities working in the islands. Relief agencies have also asked for supplies, such as chlorine tablets and hygiene kits, that the people of the Bahamas desperately need right now.* Taking time to understand other’s suffering and do what you can to ease it is a value demonstrated by Emir Abdelkader time and time again.

Emulating the Emir’s character is not about achieving the near impossible, rather it is about doing everything possible in our capacity to help others. The Emir was able to lead his soldiers and open the doors of his home to those facing injustice, and we should be doing everything we can to mimic that today. Whether it be aiding the refugees from the Bahamas, Syria, or anywhere else in the world, it is up to us to stand up for those whose voices aren’t being heard.

*Before donating money to an organization, you should always research the organization itself to ensure that it is credible and that your money will be used the way that it is intended. 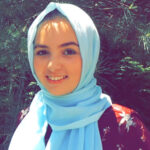