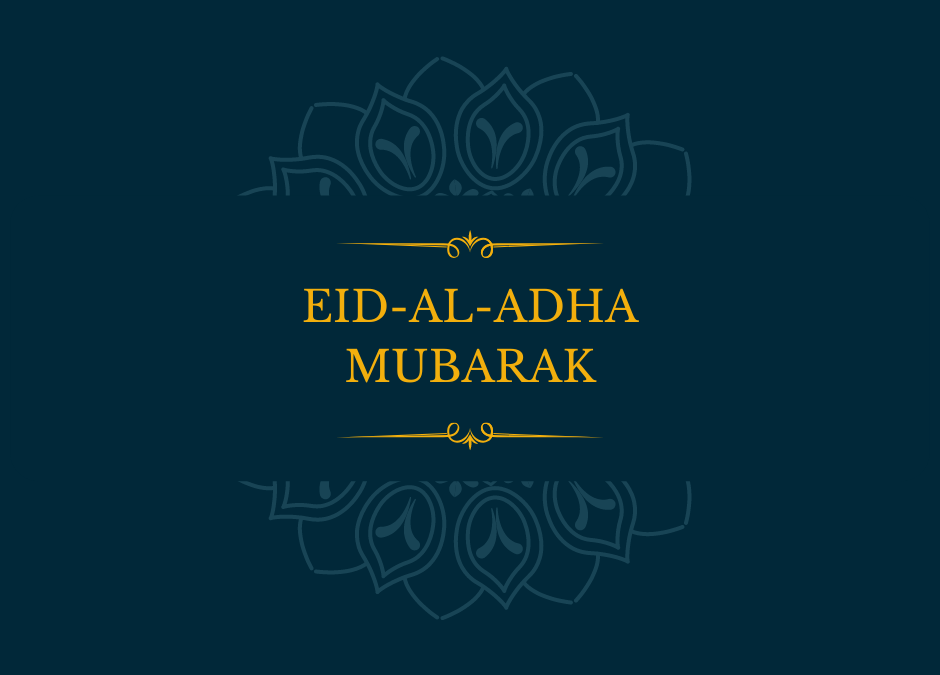 In Arabic, Eid means festival and Adha means sacrifice. Eid al-Adha is the “Feast of Sacrifice” and is considered to be the holiest Islamic holiday of the year. It begins during the last month of the Islamic Calendar, on the 10th day of Duhl-Hijjah, at the time of the Hajj, the annual pilgrimage to Mecca.

Eid al-Adha commemorates the willingness of the Prophet Ibrahim, known as Abraham in Judaism and Christianity, to sacrifice his son Ismail as ordered by Allah. As Ibrahim is about to sacrifice Ismail, Allah replaces Ismail with a ram to be sacrificed instead.

In Judaism and Christianity, it is believed God asked Abraham to sacrifice his other son Isaac.

This holiday is traditionally celebrated with the symbolic sacrifice of a lamb, goat, or cow to represent the ram which was sacrificed instead of Ismail. The sacrifice is made after the special morning prayer, Salat al-Eid, and is to be divided into thirds to share with family, friends, and the needy.

Today, the sacrifice can be carried out by butchers or in slaughterhouses; however there are some countries that complete the sacrifice in large open areas or in the streets.

Eid al-Adha lasts four days is an opportunity for family and friends to gather and spend quality time together. Festive dishes are often centered around the animal sacrifice and are therefore usually savory. Because of this, the nickname “Salty Eid” was given to this holiday.

Those who make the pilgrimage to Mecca may visit the Ka’Bah shrine, which is believed to have been constructed by Ibrahim and Ismail and is the most important monument in Islam. They might also visit Jamarat Bridge, where Ibrahim was said to have thrown stones at the devil when he tempted Ibrahim to save Ismail rather than sacrifice him.